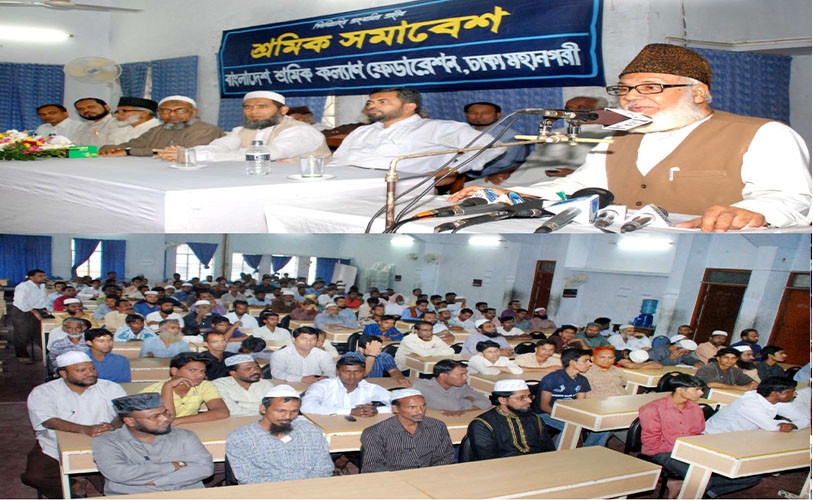 Maulana Nizami at a labour conference

Former Ameer of Bangladesh Jamaat-e-Islami and Ex-miniser Shaheed Maulana Matiur Rahman Nizami stated that, the government orchestrated a plot and conducting combing operation in order to make the political situation volatile. These types of incidents are taken place to rule out the opposition forces. Coming to the power in 1972, Awami League had banned Islamic parties. In 1975, they banned all the political parties to launch one party rule. They are taking the country towards the same direction once again now. Shaheed Maulana Nizami said this while addressing a press conference held at Al-Falah auditorium of the capital. Bangladesh Sramik Kollan Federation, Dhaka city unit arranged the program.