The nation will recall the language movement heroes for their highest sacrifice: Dr. Shafiqur Rahman
Such an incident of sacrifice for preserving the dignity of the mother language is unprecedented, says Mia Golam Porwar
Mia Ghulam Parwar demands Khaleda Zia’s immediate release, due treatment
The nation wants to get rid of repression and subservience: Dr. Shafiqur Rahman
khaleda zia and senior politicians took part; asserts to launch movement against tyrannical rulers after Eid 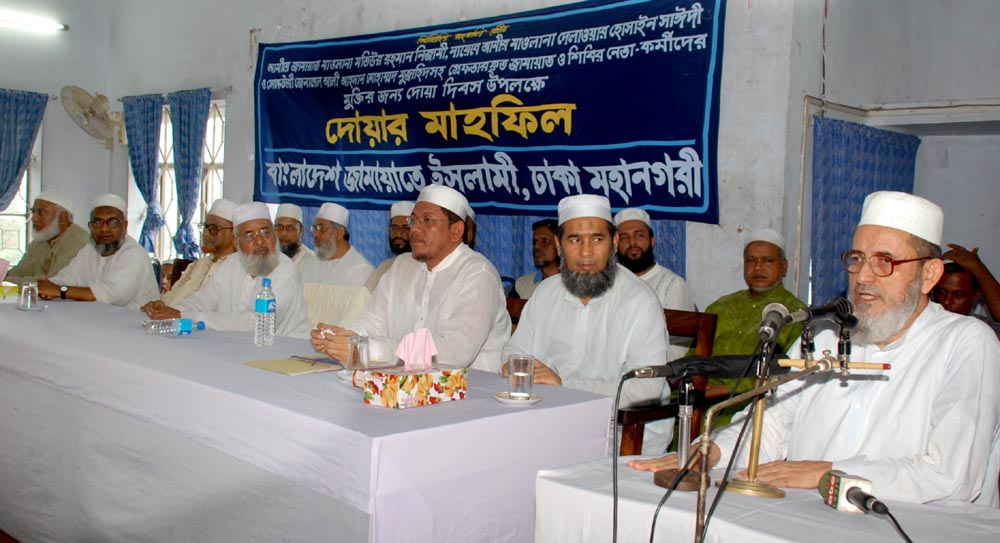 Stern movement if the leaders are not released immediately

Bangladesh Jamaat-e-Islami’s Ameer Maqbul Ahmad stated that those personnel had been implicated with the case of arson and vandalism who never believe in such heinous activities. 16 days remand at a stretch has been granted against them which are also an unprecedented move. He warned the authority that such oppression and torture cannot subdue the Islamic movement. Almighty Allah has His game-plan. It is frequently found in the history that whoever had attempted to wipe out Islamic movement, ultimately they became ruined. Stern programs will be declared soon, if the Jamaat leaders are not released immediately, he warned. He also cautioned to dethrone the government by staging a broad-base movement.